The Benefits of Being a Pet Owner 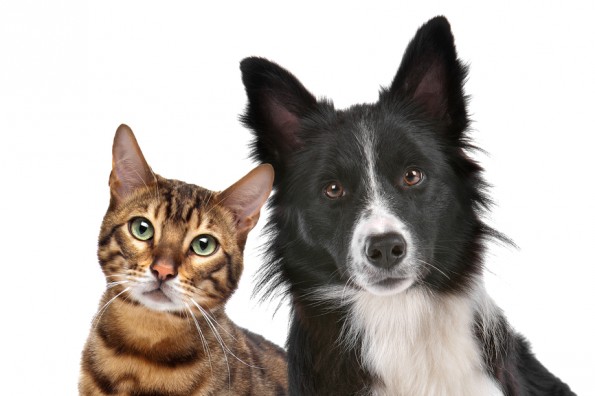 As Vancouver veterinarians, it’s probably pretty obvious that we are pet lovers – but for good reason. Pets bring so much to their owners’ lives both physically and emotionally. Want to know how? Read the post below. If you are a current pet owner you will be happy to learn more about the powers of having a pet, and if you don’t, we’re pretty sure this list will encourage you to become one.

Having a pet helps to relieve anxiety, depression and stress.

Playing with a dog or cat, or even just petting them, can produce dopamine and serotonin in the body, which makes you feel calmer and more at ease. There have been many studies conducted where people with high stress levels are given animals, and upon reevaluation have lower stress levels than they did before they were pet owners. We also see in cases with sick patients that their moods and overall wellbeing are improved when they are able to spend time with a furry friend.

Having a pet can make you younger.

Forget the anti-aging creams, being a pet owner can make you up to ten years younger, according to a study by the University of St. Andrews in Scotland. The study monitored a group of elderly people and discovered that those who were dog owners were as active as people ten years younger than them. All of that playing and walking must add up because those who were dog owners were also found to be 12% more active than those in the group without dogs.

Having a pet helps you meet people.

As a dog owner, you are likely going to take your dog for a walk or even take the occasional trip to the dog park. By doing so you are exposed to meeting people that you would otherwise never meet. Having a dog can make you a more social person as you bond with other pet owners over your common interest. People with dogs are also likely to become closer with their neighbors and find a sense of community in their neighborhood, as they have more interaction with the people that live around them.

Having a pet gives a feeling of companionship to people that live alone.

People that live alone find that having a dog or cat makes them feel less isolated. Because of this, it is often suggested that elderly people that live by themselves have an animal (especially a cat since they require less care). A pet can be a great companion, even to those who don’t live alone.

How has your pet improved your life? Leave a comment below or join the conversation on Facebook. Not a pet owner but interested in becoming one? At Amherst Veterinary Hospital we are part of a network of Vancouver veterinarians that support pet adoption, and we are happy to help you find your new best friend! Contact us today for a pet adoption referral.