Dr. Loretta Yuen introduces you to: 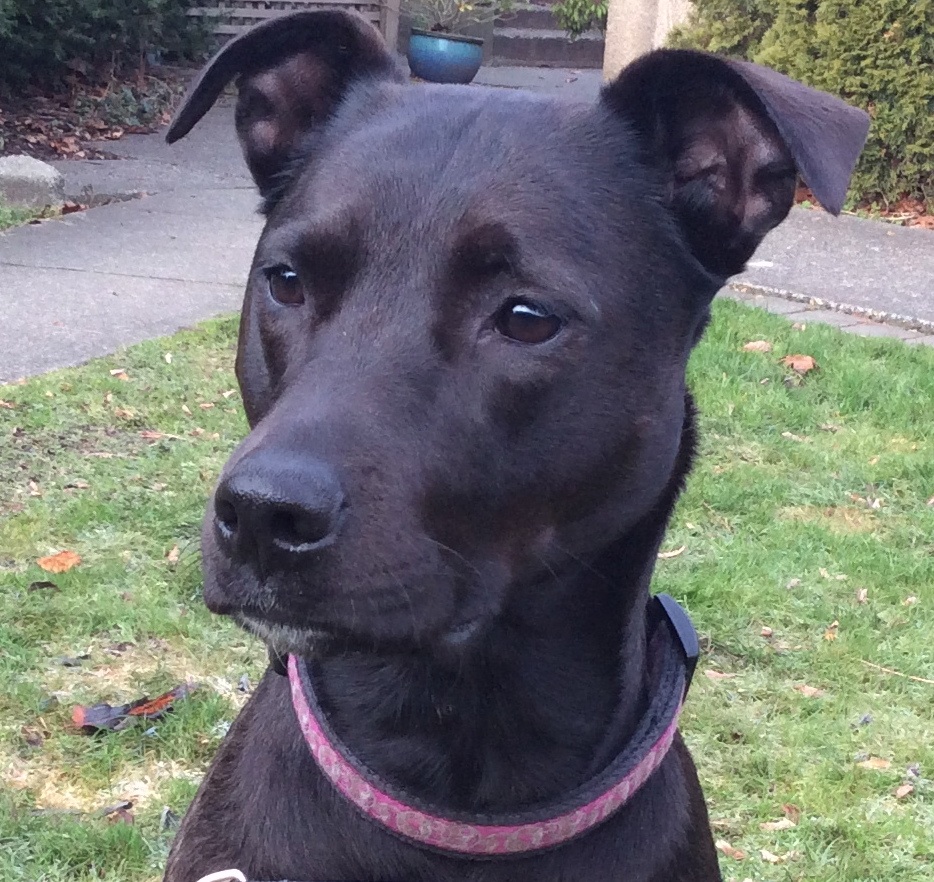 Clients are often curious about the pets owned by the staff at Amherst Veterinary Hospital.  Not surprisingly, almost everyone who works at this veterinary hospital has at least one furred companion at home and these companions have all, at one time or another, become patients of the veterinary hospital as well.

Over the next several blogs I will highlight some of the wonderful pets of our staff and discuss some of the interesting ailments that we have treated in our very own.

Meet Lola.  Lola is a 6 year old lab cross owned by one of our veterinary technicians.  She was adopted from Cross Our Paws Rescue in November of 2013.  Lola loves to swim and does it often and exuberantly.  One evening, after an afternoon of swimming and fetching in the water, Lola did not seem “right”.  She was hiding, with her tail held low, and seemed generally unhappy. Lola jumping in for a swim

She was seen by one of our veterinarians and had a complete physical exam to determine what was wrong.  Her tail was flaccid and she was unable to wag it; Lola was very painful when the base of her tail was palpated. The rest of her physical exam was normal.

Lola was diagnosed with “swimmer’s tail.  Swimmer’s tail, also referred to as limber tail, cold tail or simply a ‘sprained’ tail is diagnosed largely based on the history and physical exam findings.  There is typically a history of a sudden onset of a flaccid tail and pain on palpation of the tail.   This develops often after an episode of work (such as in hunting dogs), exposure to cold water or weather, or prolonged cage transport.   It seems to be most commonly reported in Labrador retrievers but can occur in any breed. It is thought to be a compartment syndrome of the coccygeal muscles (muscles of the tail). The muscles swell due to exercise/trauma and since the muscle bundles are confined in a tight fascial space, this swelling increases pressure within the fascial compartment, which causes muscle injury.  This diagnosis needs to be differentiated from lumbo-sacral disease.  Persistent pain on palpation of the lumbo-sacral area, hind limb lameness or weakness, or incontinence would be inconsistent with a diagnosis of swimmer’s tail and suggests a more serious disease process. Lola in all her swimming glory

Rest and pain control are the mainstay of therapy.  In Lola’s case she was treated with our cold laser therapy, given an injection of a non-steroidal anti-inflammatory drug and sent home with 5 more days of pain control and rest.  Within a few days she was back to her tail wagging, swimming self.