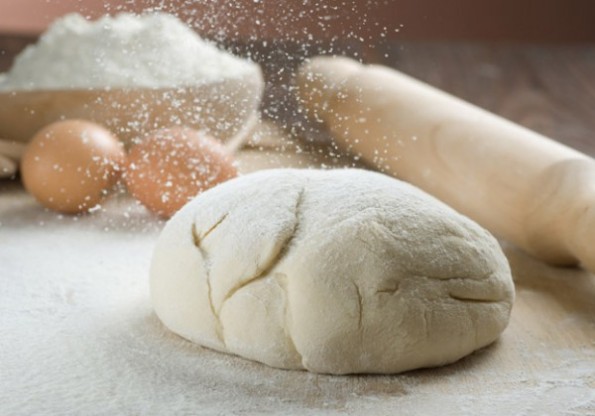 April is a time when families prepare to gather and feast for such holidays as Easter, Passover and Ridvan, it is also a time where pet owners are often tempted to give table scraps to their pets to include them in their holiday celebration. Unfortunately there are some types of human foods that can be toxic to your pets. This week I thought it would be timely to list some common foods you may find yourself soon feasting on with your family that should not be given to your pet. I will also discuss the symptoms your pet may exhibit if these foods are ingested and the treatment course for these toxins.

This is probably the most common food toxicity that we see in dogs, although it is also toxic to cats, and something we end up treating at least once every Halloween, Christmas and Easter. I have blogged previously about chocolate toxicity; in that blog it related specifically to Luna, our managers dog, who had found a nice stash of dark chocolate in the cupboard.

Chocolate is a mixture of cocoa beans and cocoa butter. It contains theobromine and caffeine, which are both classified as methylxanthines. Dogs are sensitive to the effects of mehtylxanthines. Depending on the dose, methylxanthines can cause hyperactivity, increased heart rate, tremors and potentially death. Other effects of chocolate overdose include vomiting and diarrhea.

The amount of methylxanthines present in chocolate varies with the type of chocolate. In general, the more bitter the chocolate, the more toxic it is.

Early treatment to prevent the absorption of methylxanthines into the bloodstream is the most effective way to prevent the adverse effects. This involves inducing vomiting and administering activated charcoal. Intravenous fluids can also help speed up the elimination of the substance from the body. If your dog does develop symptoms from ingestion then specific therapy to help with the vomiting, diarrhea, heart irregularities or seizures will need to be initiated.

Onions are members of the genus Allium. Raw, cooked or powdered onion causes oxidative damage to red blood cells. In other words, ingestion of onions in any form causes the breakdown of red blood cells. Every time a cat or dog eats onions, some red blood cells are destroyed. Ingesting small amounts will not destroy enough red blood cells for your pet to exhibit symptoms. However, pets that chronically ingest low levels of onion are at risk of developing chronic anemia and certainly pets that ingest a good amount over a short period of time can develop significant anemia. Cats are especially sensitive to onion toxicity. It has been reported that 15-30g/kg can cause serious red cell changes in dogs. In cats, serious signs can be seen at 5g/kg. Other members of the genus Allium include garlic, leek, shallot and chive and these foods are considered equally toxic to our cats and dogs.

Clinical signs associated with onion poisoning include vomiting, hemoglobinuria (which is noted as the urine looking brown), and symptoms associated with anemia such as weakness, lethargy and pale gums.

Treatment after a recent ingestion involves inducing vomiting and administering activated charcoal. The pet is then monitored over the next several days for the development of anemia. In cases where the anemia is severe a blood transfusion may be needed.

Grapes and raisins have been shown to cause kidney failure in dogs. The toxic agent in the grape or raisin leading to the kidney failure and the mechanism in which the toxicity occurs has not yet been indentified. There are cases of dogs that suffered no ill effects after having ingested a moderate quantity of grapes, and cases in which kidney failure developed after ingestion of only a few grapes. The amount of grapes or raisins that need to be ingested to cause kidney damage is not yet known and seems to vary amongst dogs, so any amount could potentially be dangerous.

There have been a few anecdotal reports of cats developing kidney issues after raisin ingestion but currently we do not know for sure if this is a problem in cats.

As for all other cases of recent ingestion of toxic substances, inducing vomiting and administering activated charcoal is the best first line of treatment. For grape and raisin exposure this should be followed with intravenous fluids for 48 hours. During this time your pet should be monitored closely for the development of declining kidney function. This is determined by bloodwork. If there is evidence of declining kidney function then intravenous fluids and supportive care will need to be continued. Ingestion of rising bread dough can be life-threatening to our pets. The animal’s body heat will cause the dough to rise in the stomach. Ethanol is produced during the rising process and the dough may expand to several times its original size. Signs seen with bread dough ingestion are associated with ethanol toxicity and foreign body obstruction. These signs may include severe abdominal pain, bloating, vomiting, incoordination and depression.

Treatment in cases of recent ingestion in non symptomatic dogs involves inducing vomiting. Pain medication for the stomach distension and obstruction may be indicated as well. Feeding cool water to the pet, given by mouth if they will drink voluntarily or via a stomach tube if they do not, may halt the rising process. In severe cases, dough removal via surgery may be necessary.

As we prepare to gather for our feasts with family or friends, keep in mind the potential danger many of the foods we eat pose to our pets. I hope this discussion has helped to highlight some of the more toxic foods we do not want to be sharing with our lovely furred friends.

If you suspect your pet has ingested any of these toxic foods, contact your Vancouver Veterinary Hospital at (604) 221-7771 and speak to any one of our friendly receptionists. Happy Easter!