A Volunteer Experience: ‘Thank Dog I Am Out’ Adoption Event 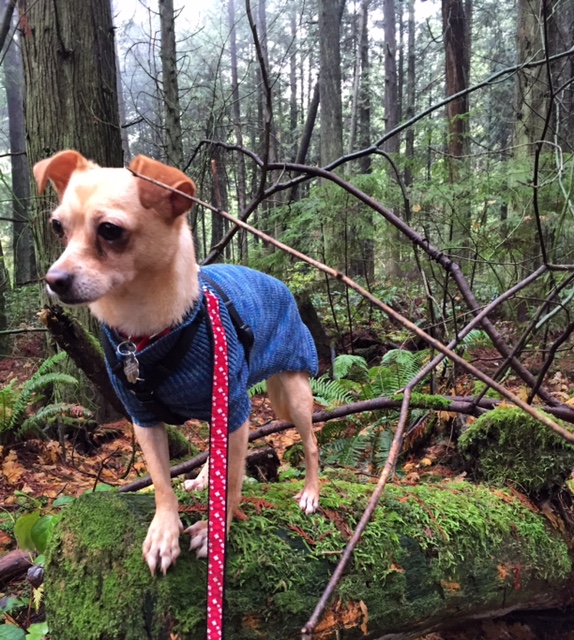 Jess is one of our lovely receptionists here at Amherst Veterinary Hospital. She recently spent one of her Saturdays volunteering at Thank Dog I am Out’s Rescue Event. Susan Patterson, founder of the Vancouver-based canine rescue organization, partnered with California’s Wings of Rescue to fly 120 homeless dogs to Vancouver with the hopes of finding them forever homes. Since founding Thank Dog I Am Out in 2009, Susan has rescued over 400 shelter dogs from death row. In California, many shelters are overcrowded and underfunded, giving them no other option but to euthanize perfectly healthy, adoptable animals. Susan and her team of volunteers travel to California a few times a year to rescue, spay, neuter, vaccinate, and deworm the dogs before flying them to British Columbia. Many of the animals that she rescues are small to mid-breed dogs, which are in high demand in Vancouver due to the large number of apartment-dwellers and the lack of small dogs in BC shelters.

Jess was inspired to volunteer with Thank Dog I Am Out after hearing about the hundreds of shelter animals that are euthanized each day in the States. As the mother of her own shelter dog, she was compelled to help. As a former BCSPCA employee, Jess is trained to assess animal behavior and match adopters with suitable pets, a talent that proved very useful at this event! Below is the story of her experience at the adoption event:

On Saturday, November 7th, the air was thick with anticipation as the volunteers and I braved the freezing rain at Vancouver’s South Terminal, anxiously listening for the sound of the cargo plane overhead. What type of delivery would warrant such expectancy, you ask? The arrival of 120 shelter dogs, rescued from California for Thank Dog I Am Out’s adoption event!

Two of the 120 shelter dogs rescued from death row.

As the cargo plane’s wheels hit the tarmac, the team of volunteers and potential adopters cheer. Many become overwhelmed with emotion as the cargo doors lift and the whines and barks of 120 dogs fill the air, the majority of which would have been euthanized by now if not for Susan’s rescue work. One by one, each dog’s crate is lifted from the plane and brought into the airplane hanger, graciously provided by Landmark Aviation. Each dog is quickly assessed by a veterinarian and fitted with a harness before being brought into a pen with water, food, and a patch of grass. Once the dogs are settled in their pens and have had a chance to relax, the hopeful adopters begin to interact with the dogs, searching for a potential new family member. Crates being unloaded from the plane. Dogs waiting for their check ups before meeting hopeful adopters

The vast majority of dogs were excited to meet their new families and happy to finally have a chance to run around after been cooped up in a kennel during the long flight. Some individuals, however, did not adjust so easily. One particular dog, named Gilligan, caught my eye. He was so frightened by the trip that he refused to come out of his kennel, and we had to unbolt it in order to get him out. I bent down to greet him, and he immediately jumped in to my lap, wagging his tail. With tears in my eyes, I kissed his head and promised him that I would find him a home. Over 100 dogs found their forever homes that afternoon, but a few nervous dogs like Gilligan didn’t match with and adopter and were fostered out to volunteers. As the adoption event came to a close, I made the decision to foster Gilligan. I felt like we had forged a special bond, and I wanted to keep the promise I had made to him to find him a family. So I signed the paperwork, fitted him with a fancy new turtleneck sweater, and took him home. Almost two weeks have now passed since the adoption event and the fostering is going more smoothly than I could have expected! Gilligan is very polite with my other dog, and tolerant of (if not a bit bewildered by) my cats. He is a quickly learning to become house-trained and already knows some basic commands. He is smitten with my boyfriend and immediately clambers on to his lap the moment he comes home from work. He is a bit shy around new people, and would be best suited to a home with another dog and no small children. But above all, Gilligan is eager to find his forever home.

If you are interested in adopting Gilligan or meeting some other rescue dogs, Thank Dog I Am Out is holding an adoption event on Saturday, Nov. 21st from 2-4pm at Pipsqueak Pups, located at #261-2083 Alma Street. You can find more information about the adoption event, the rescue organization and the adoptable dogs at http://thankdogiamout.com. Gilligan hopes to see you soon!