When the Dog’s Go Marching In 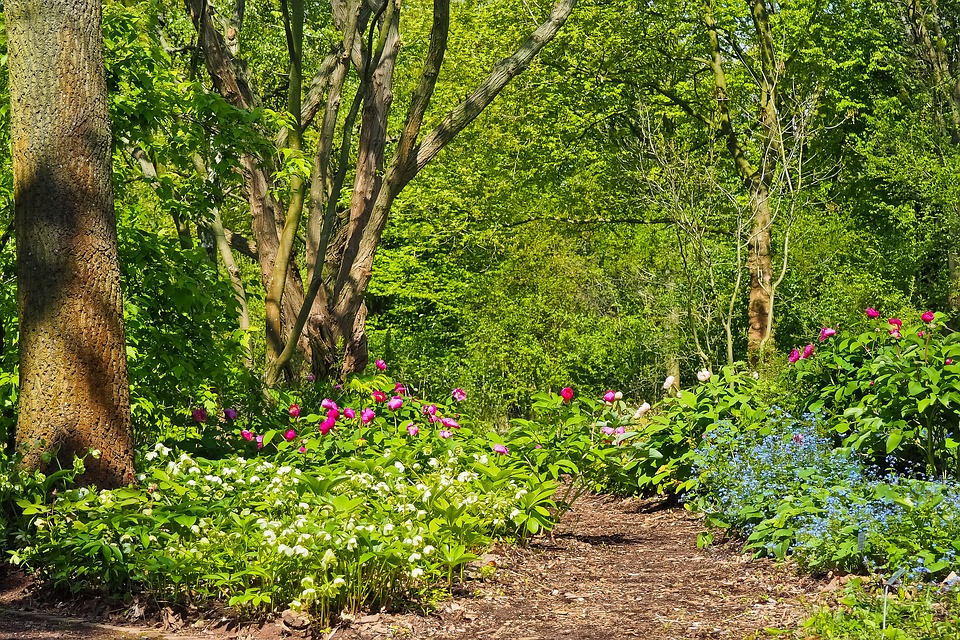 A week back, I took my guide dog Marley, along with little wiggle-bum Aurora, to Pacific Spirit Forest trails, the talking GPS squawking off street names along the way. Arriving at the leash release zone, off they went while I used my white mobility cane, with landmarks announced at the trail intersections. Of course, out in the fresh air, happy as can be, I got lost in thought, pleased to know Marley and Aurora were in their elements. One element for Aurora and who knows what element for Marley!  Arriving at a major trail intersection of Imperial and Sassamat Trails, I made a left turn course adjustment to continue on in this human and canine therapy.

Now, to better understand what follows, you need to picture this scene. At this intersection, had we carried on, we would have crossed a narrow footbridge across what is currently very fast flowing water. Imagine the sounds of the forest with birds in the background and dogs running about with owners calling them to return. Along both sides of this creek, there is a tasteful post and rail fence to prevent dogs from crashing down the green belt strip and muddying the ecologically sensitive waters. This image is one of serenity and happiness. Get the picture? So at this intersection, if one turns left as we meant to, at the approach to the turn is another post and rail fence. This area has been cleared of invasive terrestrial plants and needs to be protected from trampling (from dogs in particular) for the re-introduced vegetation to establish itself.

I was about to carry on the new trail when my friend Janice approached me. “Bruce! Don’t you usually walk out here with two dogs? I’m sure there were two last time. And oh, yes, it’s Janice!”

I agreed, yes there are, or at least should be, two dogs. “Don’t you see two?” I asked.

No, she assured me. Turns out, only wiggly Aurora was chatting away with Janice’s dog, as dogs are wont to do.  “There should be another, that’d be my current guide dog, Marley. You don’t see him?” Janice looked about. “Oh, that must be Marley over there.”

“On the other side of the fence with his head looking oh so innocently from between the fence rails.”

You know, this would be the fence installed to prevent dogs from trampling down new plants and destroying ecologically sensitive areas. So I offered Janice my usual complementary statements about this highly trained dog. I asked Janice if there was a chance that Marley’s environment damage could be undone. She found the hole in the fence for the out of bounds zone—which clearly, Marley had found easily—and following my instructions, enthusiastically called Marley. But dog’s seem to sense that rule-breaking can be a blast, so having his named called only resulted in Marley working himself into a state of excitement by running back and forth along the fence rail as if to say, “Well, aren’t you going to get me out of here?” Janice continued calling Marley and trying to direct him through the small hole in the fence until the dog finally picked up on the plan. As soon as he got back out, he went into overdrive, spun out, whipped around the corner onto Imperial Trail, got back on his feet, waterfall tail pushing even harder, and slid into me, almost taking me out at the knees. Panting as if he had been under water, his body language said, “Man! That was a close call!” Janice returned and we talked about this and that and our wives and husbands and our daughters and dogs and it was soon time to carry on—but for Marley? Being caught behind the fence, where the grass is or is not greener, the event is now just a distant memory.
By Bruce Gilmour