The Dangers of Working from Home 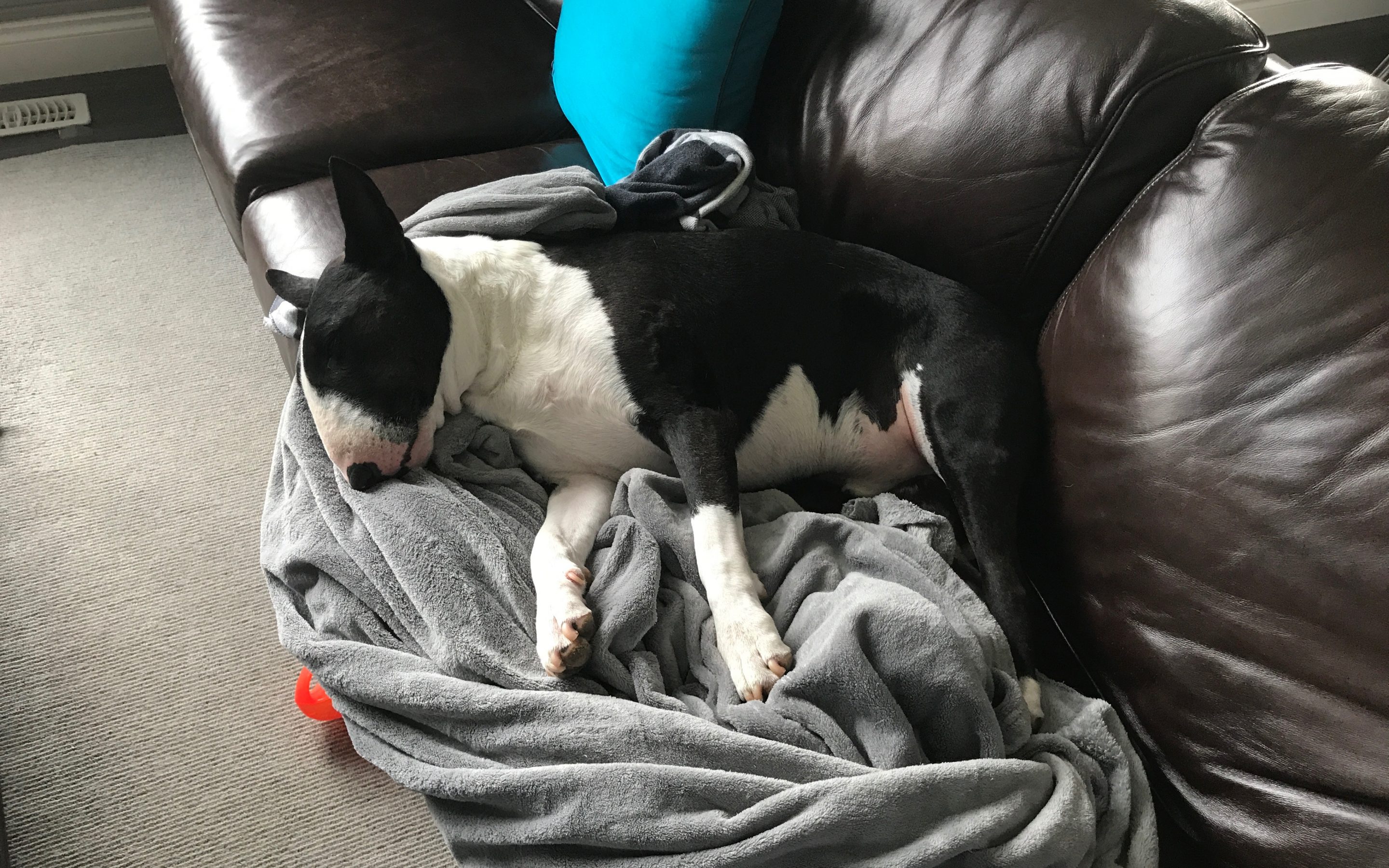 As a freelance writer and editor, I love working from home, but it comes with its challenges. Sure, I get to wear sweatpants while slurping my fifth coffee of the day, but I also get consistently, constantly, lovingly smothered by Pot Roast at any and all stages of the day.

Pot Roast doesn’t care that I have deadlines. He doesn’t mind that I have words to type and his gigantic head is affecting said word writing. He seems ambivalent to his sliver-like hairs that embed themselves into my keyboard, or that his snoring could compete with a Mack truck at the precise moment I’m trying to concentrate. My career doesn’t bother my dog, because, well, nothing bothers him. I both love and hate this about him.

My week so far has been full of interviews, and if I’m quoting someone in an article, the best practice is to record all interviews. This means I usually conduct these chats on speakerphone so that my digital recorder can pick up the conversation for me to transcribe later. I firmly believe that as soon as Pot Roast hears that digital recording beep, he slips into performance mode. It is a performance no one bought a ticket for, and no one wants to attend.

It’s at this point that he needs to go outside. Right now. Allow him to bark fifteen times to emphasize this fact (although he’s not a dog that barks, almost ever). He also would like a treat. Immediately. He’s famished. He’s going to bark at the treat canister for fifteen minutes, and like a mother pacifying a temper tantrum two-year-old, you will give in for the sake of shutting him up while you interview someone about serious government policy. Pot Roast will then need to get on the couch, but, uh, Mom, you’re in the way and must move. When this warning isn’t heeded, he will jump up anyway, press the recorder on, then off again, hang up on your contact. He will press buttons “by accident” on your keyboard, delete your whole article and then magically restore it with a groan as he settles into the blanket and snores. Your interviewee will question aloud at the sound—“Is that an airplane?”

Yes, working from home with Pot Roast in my life is a challenge. But at the end of the day, my computer clicks off and Roastie knows it’s walk time. He’ll slowly saunter to the front door, wagging his tail, and we’ll step out into the sunshine together. Inevitably, he does something ridiculous—scampering to bark at a tree stump or walking himself by carrying his leash—and I’ll laugh. It’s in those moments I know why dog ownership is such a joy. They’re always doing something hilarious, and it’s always a reason to smile.