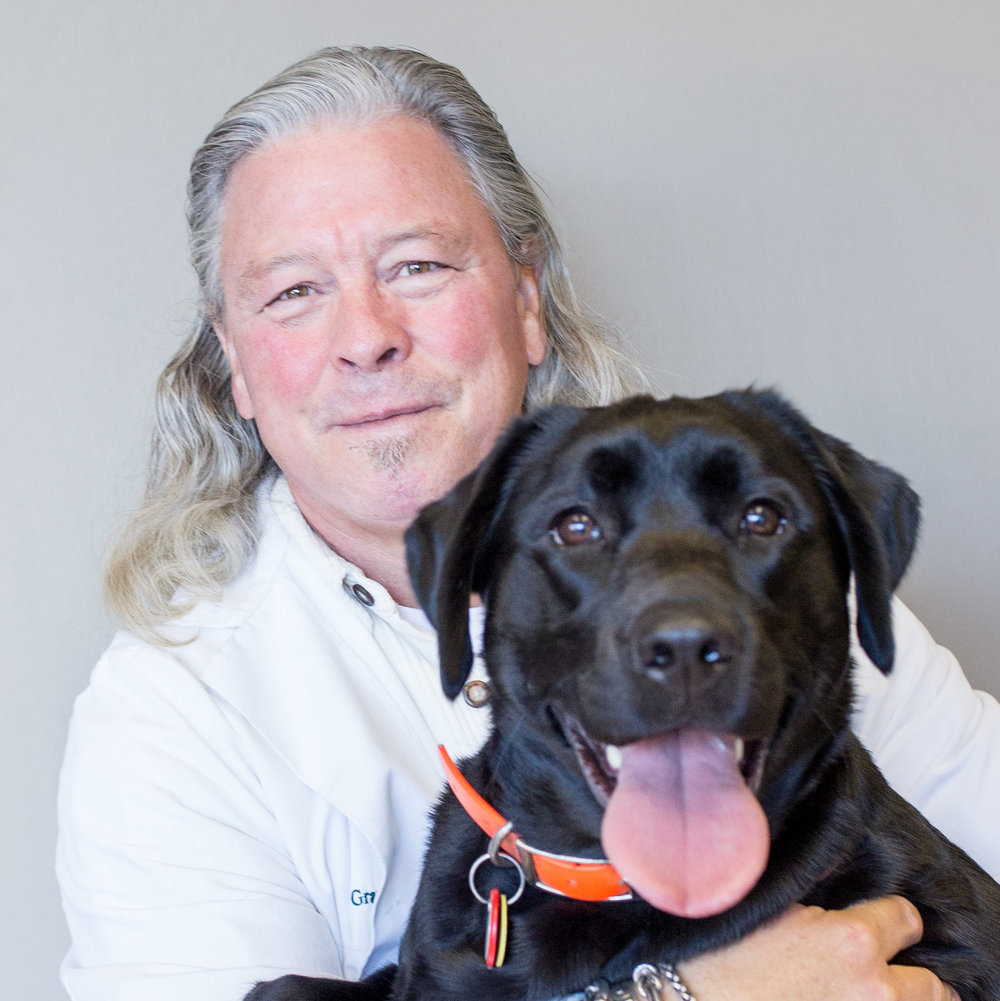 Grant Cumberbirch was born in Red Deer Alberta as the youngest of four boys. His father was a fighter pilot in the RCAF and as such he spent much of his childhood on the move. His father’s postings took Grant to St Hubert near Montreal then on an overseas tour to France as part of the NATO forces and finally to the west coast which he now calls home. All of the boys were actively involved in hockey throughout their lives and continue to be involved to this day. Time that the young Mr. Cumberbirch spent on a dairy farm in Goathland, Yorkshire planted the seed of veterinary medicine in his mind. After graduating from Point Grey Secondary School in Vancouver, Grant attended UBC where he obtained his Bachelor of Science in Agriculture. On admission to the Western College of Veterinary Medicine in 1977, he spent the following four years in Saskatoon, Saskatchewan.

Upon Graduation, Grant secured employment back in his old neighbourhood at Dunbar Veterinary Hospital under the tutelage of Dr Rex Meares. It was Rex’s influence that instilled the essential elements into him on being a thorough, progressive, and compassionate veterinarian. In 1987, following the sale of Dr Meares’ hospital, Grant and his newlywed wife Armida started Amherst Veterinary Hospital on Dunbar and 26th Avenue. The hospital was forced to relocate to its present site in 1996 due to demolition and redevelopment and now stands at 4th and Alma in Jericho Village.

Grant’s interests in veterinary medicine span the broad scope of all he has encountered. He enjoys surgical challenges, orthopaedics, dermatology, and internal medicine. Recently, with the acquisition of an ultrasound unit, he has continued to challenge himself through numerous courses and continuing education courses to achieve proficiency in this invaluable diagnostic tool. It is his wish to continually upgrade and expand his expertise, personnel, and facility to provide the most comprehensive, diagnostic, and therapeutic facility for the care of your pets.

Apart from the technical side of medicine, Grant believes that communication and compassion are essential elements to caring for both you and your pets. It has been his goal to ensure that this culture is reflected in the staff he and Armida employ at Amherst.